Fast and Reliable Bail Bond Services When You Need Bail

Around The Clock Service in Nashville, Tennessee

At Free at Last Bail Bonds Nashville, we understand that most people do not plan on getting arrested. 0ur agents are available 24 hours a day, 7 days a week to help assist you when you need us most. Need to speak to an agent now? We offer Free Consultations with a licensed agent over the phone or online. . 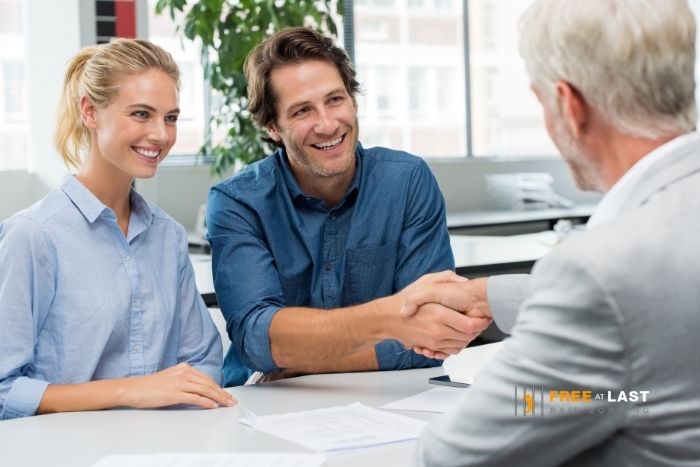 Get Fast & Reliable Service When You Need It Most

You were only arrested a short time ago, but you’ve already decided that you don’t like jail and you want to be released as quickly as possible. You know that you don’t have enough money to post your own bail and you’d like to explore the possibility of a bail bond. The only problem is that you don’t know when it’s the appropriate time to contact a bail bond agency.

The answer is simple. It's always the perfect time to contact a bail bonds agency, especially when you’re dealing with  Free at Last Bail Bonds Nashville.

It is important to note that while we encourage you to contact us as quickly as possible following your arrest, that doesn't always mean that you'll be released right away. The first thing that determines how quickly we can get you out of jail is how long it takes to find out just how big a bail bond you need. We can't write a bail bond until the judge has agreed that you can be released on bail and has set an amount. However, by contacting us prior to knowing what how large a bail bond you need is, we can start the ball rolling so that once bail is set, we can quickly write the bail bond, turn it in, and have you out of jail in practically no time at all.

The great thing about turning to  Free at Last Bail Bonds Nashville is that not only are we willing to work with you as soon as you contact us, but you also don't even have to wait for traditional business hours. We're open 24/7 and are always happy to connect with you via a free consultation.

CALL US NOW, AND GET THEM OUT WITHIN HOURS! 615-242-3733 FOR A FREE CONSULTATION WITH A PROFESSIONAL BAIL AGENT. 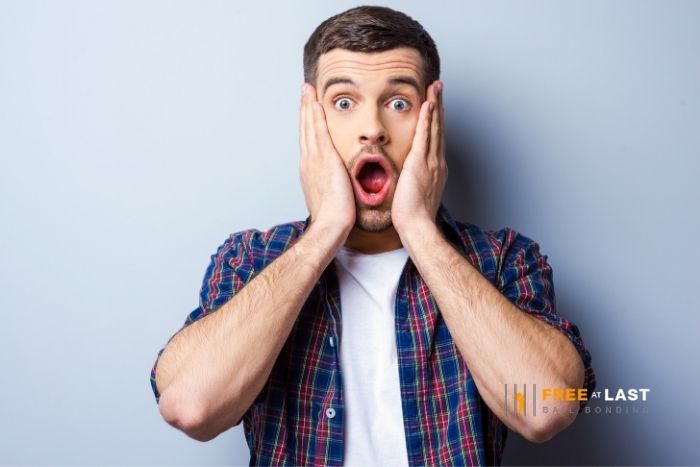 What Happens if You're Arrested While You’re Out on Bail

One of the first things you're told when the issue of bail comes up is that you can't be involved in any criminal activity while you're out on bail. You're expected to be on your best behavior.

Don't assume that just because you already have a bail bond you can use that to get out of jail this time around. Not only are the two arrests separate issues, if your second arrest, the one that happened while you were out on bond, was for serious offenses, but it's also possible the original bail bond will be revoked.

What your second arrest does is trigger a whole new bail process. If a judge looks at your case and decides that they are willing to give you a second chance and says that you can post bail for the most recent arrest, you'll have to go through the same process of deciding if a loved one can post bail or if you should contact Free at Last Bail Bonds Nashville about another bail bond.

You should be aware, the odds are good that the amount of bail money needed for the second arrest is going to be substantially more than what was required the first time around.

Depending on the circumstances surrounding your case, the judge could decide that not only are they not going to allow you to post bail a second time, but they may also even revoke the bail from the first arrest, meaning that even if you're able to get the charges dropped or take a plea deal for the second arrest, you will still have to remain in jail until the case surrounding your original arrest is finalized.

The best policy when you've been released on bail is to stay out of trouble until the case is resolved. Staying home and watching television rather than going out with your friends may seem boring, but it beats potentially doing something stupid and getting arrested while you're already out on bail.

Free at Last Bail Bonds Nashville have a reputation for being the best bail bonds agency in Tennessee. We're here to help you. When you turn to us for help posting bail, you'll enjoy the possibility of zero-interest payment plans, an easy-to-understand bail bond contract, free consultations, and 24/7 availability.

Call us now, get them out within hours! 615-242-3733 for a free consultation with a professional bail agent.